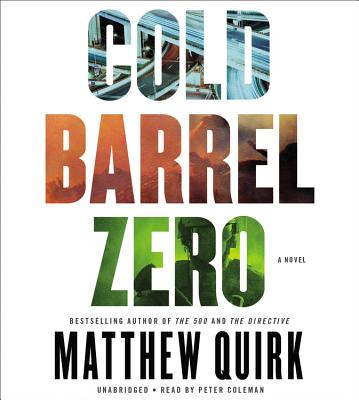 Former combat medic John Byrne's vacation in southern California is interrupted when FBI agents bring him in for questioning and charge him with burglary, grand larceny, the use of weapons of mass destruction, and a litany of other felonies. It's a case of mistaken identity, but the FBI isn't taking any chances, freezing Byrne's bank accounts and adding his name to the no-fly list. Byrne is left with nowhere to turn-until he's picked up by the very man the government seeks: Thomas Hayes.

Byrne recognizes Hayes from the early days of his military service. In the years since, Hayes has become a special ops squad leader as formidable as he is infamous. He claims he and his teammates have been wrongly accused of terrorist acts, and the series of heists they're planning will yield enough evidence to clear their name. But Byrne sees another possibility: these daring heists could lead to a catastrophic attack on American soil.

Byrne isn't sure who to believe-Hayes, his former brother in arms, or Colonel Riggs, the leader of the task force charged with bringing Hayes down. Byrne must decide where his allegiances lie-or he and the entire country will face the consequences.