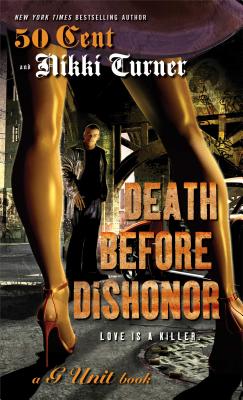 From hip hop kingpin and #1 New York Times bestselling author 50 Cent comes a novel that dares to tell the truth about the Life—the lovers, the haters, the guns, the money, the highs, the lows—The Street, for real.

Trill Johnson has five years of jail time under his belt, two women trying to get inside his pants, and one mission: Get the suckers who sold him out. And get ’em good. Sunni James will do anything for Trill. Lie, cheat, steal. Even risk losing her successful beauty salon to save him from the mean streets of Richmond. Precious Pay will do anything for Trill, too. She cribbed his kid while he did his time; now she wants Trill to pay for the leg she lost in a robbery gone wrong.

But when love is a lie, who do you trust? When the deals turn dirty, who do you betray? And when the guns start blazing, who’s going down?

Nikki Turner has been writing urban fiction since her 2003 novel A Hustler’s Wife. After writing more than a dozen books and landing on bestseller lists for Essence, USA TODAY, and The New York Times, she’s been dubbed the Queen of Hip Hop Lit. She resides in a suburb of Richmond, Virginia, with her two children.

50 Cent (a.k.a. Curtis Jackson) is a record-breaking rap recording artist, entrepreneur, music producer, and actor. His debut album, Get Rich or Die Tryin’, sold more than 12 million units worldwide, is certified eight times platinum, and was the basis for the semi-autobiographical film of the same title, in which he starred. He is the first artist to have four songs in the top ten of Billboard’s Hot 100 since the Beatles in 1964. He published his memoir, the New York Times bestseller From Pieces to Weight, which was hailed as “cool, hard, and vivid, a minor classic of gangster rap noir” (The New York Times). He is also the author of Hustle Harder, Hustle Smarter. Under the G-Unit brand, his business empire includes a record label, apparel and footwear ventures, vitamin water, and more. He created the nonprofit organization The G-Unity Foundation, which aims to better the life of urban youth. Follow him on Twitter and Instagram at @50cent.