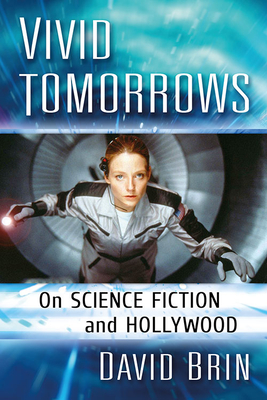 By David Brin
Unavailable to Order

Can science fiction-especially sci-fi cinema-save the world? It already has, many times. Retired officers testify that films like Doctor Strangelove, Fail-Safe, On the Beach and War Games provoked changes and helped prevent accidental war. Soylent Green and Silent Running recruited millions of environmental activists. The China Syndrome and countless movies about plagues helped bring attention to those failure modes. And the grand-daddy of "self-preventing prophecy"-Nineteen Eighty-Four-girded countless citizens to stay wary of Big Brother.

It's not been all dire warnings. While optimism is much harder to dramatize than apocalypse, both large and small screens have also encouraged millions to lift their gaze, contemplating how we might get better, incrementally, or else raise grandchildren worthy of the stars.

David Brin is a California astrophysicist who serves on NASA's Innovative and Advanced Concepts program (NIAC) advisory board and speaks or consults on a wide range of topics including AI, SETI, privacy and national security. His best-selling novels have won Hugo, Nebula and other awards and appeared in more than 20 languages.