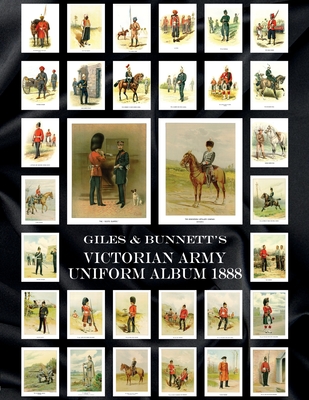 A series of fine uniform plates illustrating the dress of Her Majesty's British and Colonial Forces in her Golden Jubilee year 1888.

A beautifully illustrated snapshot of British and Colonial Army uniforms, produced at the later part of Queen Victoria's reign. An absolute must for anyone with an interest in the dress of the Army before red shifted to khaki.

The Naval & Military Press, in a special publication, has assembled the full set of 41 chromolithographic colour uniform plates plus the decorated colour frontispieces and title pages, taken from 'Her Majesty's Army 1888'. This is a beautifully illustrated reference of British and Colonial Army uniforms, that was originally produced at the end of the 19th century by the London publishing business 'J.S. Virtue', the main feature of which was the production of illustrated works. The British plates are by G.D. Giles, who saw service with the British Army in India, Afghanistan and Egypt, those of the Indian and Colonial are by H. Bunnett.