A Step So Grave (A Dandy Gilver Mystery #13) (Hardcover) 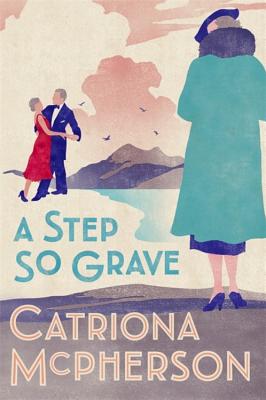 This is book number 13 in the A Dandy Gilver Mystery series.

But soon love is the last thing on Dandy's mind when the news breaks that Lady Lavinia has been found dead, brutally murdered in the middle of her famous knot garden.
Strange superstitions and folklore abound among the Gaelic-speaking locals. But, Dandy suspects that the tangled boughs and branches around Applecross House hide something much more earthly at work . . .

Catriona McPherson was born in the village of Queensferry in south-east Scotland in 1965 and educated at Edinburgh University. She left with a PhD in Linguistics and spent a few years as a university lecturer before beginning to write fiction. The first Dandy Gilver novel was short-listed for the CWA Ellis Peters Historical Dagger 2005 and the second was long-listed for the Theakston's Crime Novel of the Year Award 2007. In 2012 Dandy Gilver and the Proper Treatment of Bloodstains was nominated for a Historical Macavity Award. Catriona writes full-time and divides her time between southern Scotland and northern California.


"A British cozy set in the Thirties and told with tongue-in-cheek humor along the lines of John Mortimer or PG Wodehouse...written for readers who enjoy light, humorous, cozy mysteries with a healthy bit of family drama."
—Historical Novel Society

"An absolute must for anyone who likes cozy historical mysteries."—Crime Review

"The 1930s setting is skillfully evoked and there are shades of Agatha Christie in the plotting."—Choice