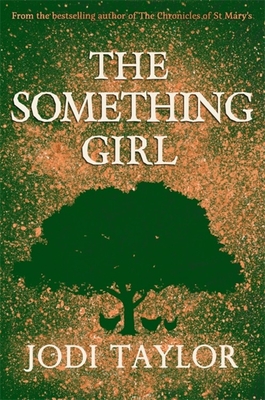 From the author of the internationally bestselling Chronicles of St Mary's series...

The Nothing Girl has grown up.

It's life as usual at Frogmorton Farm - which is to say that events have passed the merely eccentric and are now galloping headlong towards the completely bizarre.

Once again Jenny struggles to stay afloat in the stormy seas of matrimony with her husband, Russell Checkland, together with an unlikely mix of Patagonian Attack Chickens, Jack the Sad Donkey and Mrs Crisp's mysterious boyfriend. The old favourites are still around, of course. There's Marilyn the Omnivorous Donkey, Russell's ex-girlfriend, Don't Call Me Franny, and the neurotic Boxer, currently failing to deal with butterfly trauma.

Jodi Taylor is the internationally bestselling author of the Chronicles of St Mary's series, the story of a bunch of disaster prone individuals who investigate major historical events in contemporary time. Do NOT call it time travel! She is also the author of the Time Police series - a St Mary's spinoff and gateway into the world of an all-powerful, international organisation who are NOTHING like St Mary's. Except, when they are.

Alongside these, Jodi is known for her gripping supernatural thrillers featuring Elizabeth Cage together with the enchanting Frogmorton Farm series - a fairy story for adults.

Born in Bristol and now living in Gloucester (facts both cities vigorously deny), she spent many years with her head somewhere else, much to the dismay of family, teachers and employers, before finally deciding to put all that daydreaming to good use and write a novel. Nearly twenty books later, she still has no idea what she wants to do when she grows up.

[An] appealing cast of characters... [with] with plenty of humour, lots of action, and even a touch of romance—Library Journal