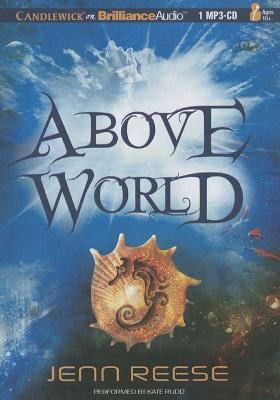 By Jenn Reese, Kate Rudd (Performed by)
Unavailable to Order
Out of Print

This is book number 1 in the Above World series.

Thirteen-year-old Aluna has lived her entire life under the ocean, just like all of the Coral Kampii in the City of Shifting Tides. But after remaining hidden from the Above World for centuries, her colony is in trouble, its survival in doubt: the tech that allows the Kampii to breathe underwater is beginning to fail, and many Kampii have already died. Yet the colony's elders, including Aluna's father, are unwilling to venture to the dry and dangerous Above World to search for answers.

So it's up to Aluna and her friend Hoku to face the terrors of land to find a solution. Once in the Above World, Aluna and Hoku learn that their colony is not the only one struggling to survive--so are others in the skies and in the deserts. Will Aluna's warrior spirit and Hoku's intelligence be enough not only to keep themselves safe but also to find a way to save their city and possibly the world?

Here is a thrilling ride through a future in which greed and cruelty may have gone unchecked but the loyalty of friends remains as true as ever.