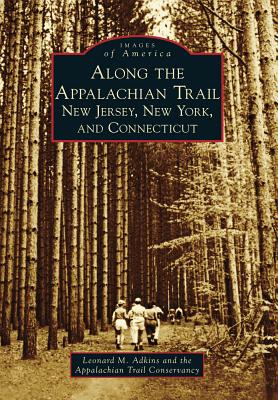 Crossing through 14 states from Maine to Georgia, the Appalachian Trail enters New Jersey through the Delaware Water Gap, crosses New York's Hudson River, and rises over Connecticut's Lion's Head. The area is considered by some to be the pathways birthplace, for in 1923, just two years after Benton MacKaye originally proposed the trail, the first few miles specifically constructed for the Appalachian Trail were built by volunteers in New York's Harriman and Bear Mountain State Parks. These photographs and the corresponding narrative present a historical perspective on what it took to create the trail, including the thousands of volunteers and the arduous tasks they performed, those who lived along the trail before and during its creation, the many people who have enjoyed the trail through the years, and the original routes that are no longer part of the present-day Appalachian Trail.