Ruined Stones: By the Author of the Guardian Stones (Paperback) 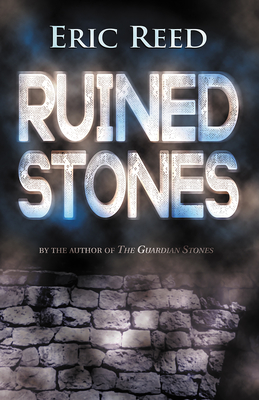 Surviving the 1941 Blitz and the predator in her small Shropshire village, policeman's daughter Grace Baxter moves to Newcastle-on-Tyne. Situated on the northern bank of the River Tyne, the ancient northeast city developed around the Roman settlement Pons Aelius - named for the Emperor Hadrian who built the famous wall right at the edge of the then civilized world. No matter its later history as a wool trade, then coal mining center, and the ship building that makes it a German bombing target, Newcastle's Roman past won't be ignored.

Grace is eager to explore city life. And she's turned professional with an official job in the city's constabulary. The war means women can find work, even if most men in the job discount if not actively resent her.

Grace's arrival coincides with the discovery of the body of a young woman, curiously difficult to identify, at the scanty ruins of a Roman temple situated across from a church. The bone-numbing cold, the fogs, and the Blitz, not to mention to peculiar behavior of some of the citizens and the hostility directed towards a woman in man's work, test Grace's resolve to be an effective officer. There are many potential leads, and much suspicious behavior to sort through. What role do ancient rituals play in the murder and what follows? What current misbehavior or crimes is someone, or someones, desperate to cover up? The investigation, carried out through fog and blackout and fear as well as the hostility of her colleagues, tests Grace's resolve to be an effective officer. Will it also endanger her life?