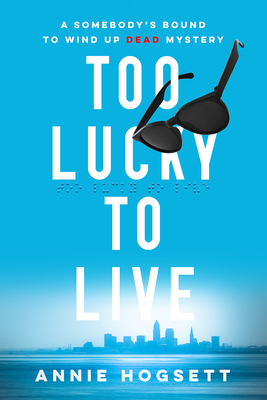 Lonely and broke, Cleveland divorce-survivor Allie Harper believes all her problems would be solved if she could find a nice, smart, hot guy and enough money to get her car fixed.

The hot guy arrives first: he's in a crosswalk clutching a bag of groceries while a blonde in a Hummer is learning hard on her horn, sending the man's groceries and white cane flying. How has this woman missed that fact that the man is blind? From the curb, an outraged Allie jumps to his rescue, rebagging the groceries as well.

The money is in the bag. Literally - Thomas Bennington III, for that's who the handsome guy proves to be, has bought a MondoMegaJackpot ticket along with canned tomatoes. Allie takes him home and turns his groceries into dinner for two. Later that night, Tom hears the numbers announced. He's won. And he's less than thrilled. PhD Tom had gambled on the odds of losing (175 million to one) to prove a point to Rune, a kid from the projects he's befriended, that only losers buy lottery tickets. Instead, Rune, who'd helped pick the Mondo numbers, will share Tom's jackpot.

Allie and Tom grasp two things: one, they're hot for each other, and two, the ticket is a hot target, and now so are they. Every scheming weasel in Cleveland will be after Tom's millions. $550 of them. Yes, once the Mondo ball drops, it's game on with killers and kidnappers as players.

Allie and Tom need to get smarter about the threats all around them. On the run from one fancy hotel refuge to another and from one danger moment to the next, with only Allie's feisty landlady, Margo, and a couple of Cleveland cops for back-up, Allie and Tom evolve a strategy. First, turn in the ticket and claim the jackpot. Second, set up accounts to manage the millions. Third, stay alive to the end of the week...if they can.

Too Lucky to Live debuts a talented writer in Annie Hogsett and a couple in Allie and Tom, a modern Nick and Nora Charles, who can power a compelling, amusing series with an excellent future.