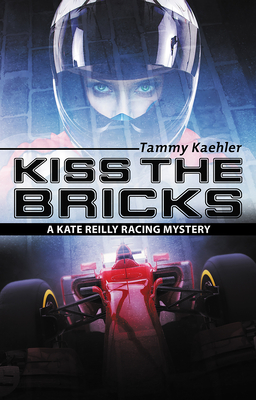 This is book number 5 in the Kate Reilly Mysteries series.

As usual, Kaehler combines a credible group of suspects with some detailed racing lore. Even readers who don't care about cars may well be hooked by the feminist angle. --Kirkus Reviews

At the end of the first practice session for the iconic Indianapolis 500 race, Kate Reilly is stunned to discover she was the fastest driver on the track. She's even more surprised to learn she wasn't the first woman to top the speed charts in the race's 106-year history. That feat was accomplished in 1987 by PJ Rodriguez--steady, dedicated, immensely promising--who shocked the racing world and the wider one by committing suicide ten days later.

When the press, bloggers, and social media go crazy over the connection between PJ and Kate, Kate begins to lose her identity--suddenly everyone's comparing Kate and PJ, calling Kate PJ, and wondering if Kate will kill herself, too. Under siege from various trolls live and digital, Kate feel PJ's story deeply. So she's impelled to listen to PJ's family--which claims PJ did not jump, but was murdered. And she agrees to help them find PJ's killer and restore her reputation...30 years after the fact.

PJ's death was a great tragedy; Kate feels it in her bones and believes she is the best person, perhaps the only person, to investigate PJ's story. What evidence is there? She can interview people at the track who were there in 1987. She can consult the press coverage. And she can marshal up help from Special Team Kate. They work in an atmosphere of prejudice and chauvinism, the same that surrounded PJ.

But Kate is at the Indy to run the biggest race of her career. To prepare she fills her days with driving on the track for practice, fulfilling sponsor obligations, promoting the IndyCar Series and as ever, playing peacemaker between the warring sides of her maternal and paternal families.

Before long one suspect in PJ's death turns up dead, all but confirming PJ was killed. So as Kate prepares to run the biggest race of her life she must narrow down the clues to not one but two murders, all while fighting for her own voice and identity through the storm of media attention. Will the past stay buried? Or will history repeat itself and leave Kate dead?

Kiss the Bricks is the 5th Kate Reilly mystery and takes its title from the Indy winner's tradition of kissing the track's Yard of Bricks in tribute to its legendary history.

Praise for the Kate Reilly Mysteries:
Read this book--but buckle in first. Believe me, you're in for a bumpy ride. --WILLIAM KENT KRUEGER, New York Times bestselling author for Braking Points
This series always leaves me wanting more, so I cannot wait to keep reading and see what's next on the horizon for my fellow female racing driver --PIPPA MANN, IndyCar driver for Avoidable Contact