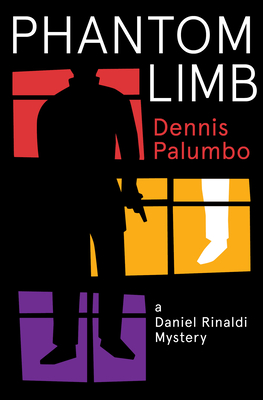 This is book number 4 in the Daniel Rinaldi Thrillers series.

Psychologist and Pittsburgh Police Department consultant Daniel Rinaldi has a new patient. Lisa Harland, a local girl, once made a splash in Playboy and the dubious side of Hollywood before bottoming out. Back home, down and out again, she married one of the city's richest and most ruthless tycoons. Lisa's challenge to Danny is that she intends to commit suicide by 7:00 PM. His therapist skills may buy some time—but, exiting, she's kidnapped right outside his office.

Summoned to the Harland estate, Danny is forced, through a bizarre sequence of events, to be the bag man on the ransom delivery. This draws him into a deadly cat-and-mouse game with a brilliant, lethal adversary. Complicating things is the unhappy Harland family, whose members have dark secrets of their own along with suspect loyalties, as well as one of Danny's other patients, a volatile vet whose life may, like Lisa's, be at risk. What is really at stake here?

Phantom Limb, fourth in the acclaimed series of Daniel Rinaldi thrillers, will keep readers guessing until the very last page.

"(The) twisty fourth entry in the Daniel Rinaldi series…He serves as the perfect point of view character, central to the action without needing to clamor for attention…(as) Daniel’s personal story continues to evolve…" — Publishers Weekly

""Pittsburgh psychologist and police consultant Daniel Rinaldi is the refreshingly low-key and unassuming protagonist appearing in this fourth in the series of crime novels. (Yet) as a former Golden Gloves boxer, he’s willing and able to throw down in situations that warrant a good right cross to the jaw. " — Pittsburgh Post-Gazette

"Dennis Palumbo's latest, Phantom Limb, keeps his adrenaline-soaked Daniel Rinaldi series going at full blast as the Pittsburgh psychologist gets tangled up in a complex case of kidnapping, murder, sexual deviance, and so much more.  Rinaldi is a joy to follow as he leads us on a top-notch, original and harrowing high-wire act of the first order. " — John Lescroart, NY Times best-selling author

"In Phantom Limb, Dennis Palumbo has given us another fast-paced, suspenseful case in the career of Dr. Daniel Rinaldi. This time Rinaldi is up against an array of antagonists who will make your skin crawl, and it's a pleasure to see him back. " — Thomas Perry, Edgar Award-winning and NY Times best-selling author

"Dennis Palumbo’s terrific, exciting, fascinating Daniel Rinaldi novels just get better and better! His latest, Phantom Limb, is a nonstop blast, with moments as gut-wrenching for the reader as they are for Dr. Rinaldi and his fellow players." — Thomas Sawyer, best-selling author of Cross Purposes and No Place to Run

"Dennis Palumbo's Daniel Rinaldi books are cerebral thrillers of the first order, with twisting plots, terrifying villains, and a narrative driven by the insight and compassion of the psychologist at the center of it all. " — Timothy Hallinan, author of the Junior Bender mysteries and the Poke Rafferty Bangkok thrillers

"Phantom Limb is another of Dennis Palumbo’s remarkable tales set in our native Pittsburgh as told through the eyes of iconoclastic police psychologist Daniel Rinaldi.  This time it’s monied old Pittsburgh society meets Hollywood glitz in a page-turner that has you racing to the end. " — Jeffrey Siger, author of the Chief Inspector Andreas Kaldis series

"Phantom Limb is the best Rinaldi yet, with an engrossing plot and entertaining characters who frequently stumble into trouble. Beautiful descriptions add to the enjoyment of this action adventure. " — Portland Book Review

"Intense and beautiful. A page-turner, brilliantly done. " — The Therapist Magazine

"The intricate plot is full of nasty villains and puzzling connections; Palumbo should definitely pick up new fans with this highly entertaining tale." — The Lansing State Journal