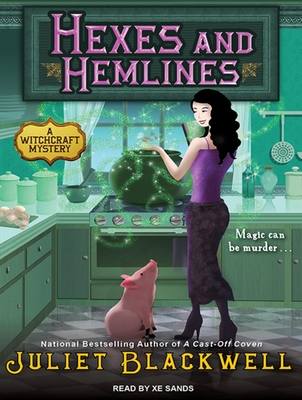 By Juliet Blackwell, Sands Xe (Narrated by)
Unavailable to Order
Out of Print

Juliet Blackwell is the pseudonym for a mystery author who, together with her sister, wrote the Art Lover's Mystery series as Hailey Lind.

Xe Sands has more than a decade of experience bringing stories to life through narration and performance. Sands's characterizations are rich and expressive and her narrations evocative and intimate. She has also won multiple "AudioFile" Earphones Awards, including for her narration of "The Sweet Relief of Missing Children" by Sarah Braunstein.