The Shattered Vine: Book Three of The Vineart War (Paperback) 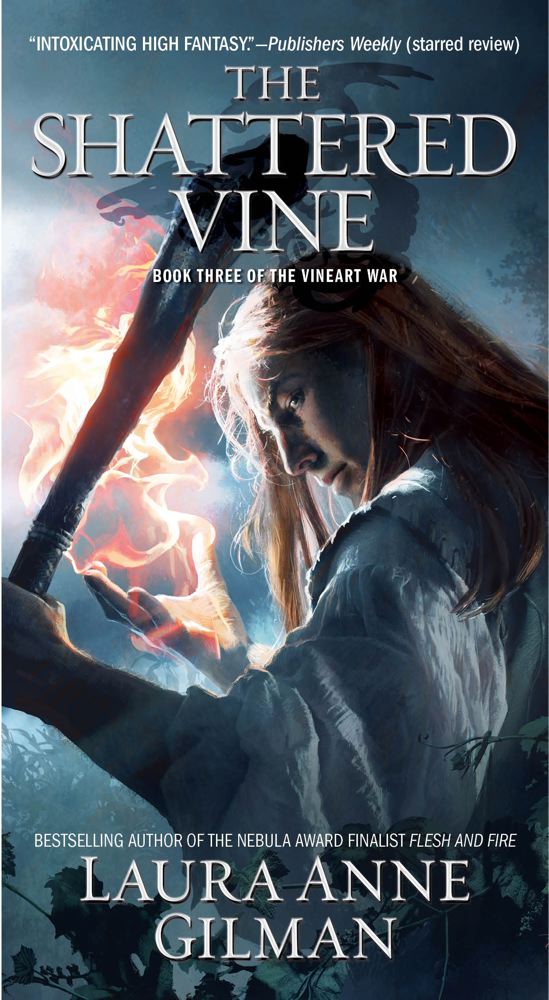 By Laura Anne Gilman
Unavailable to Order
Out of Print

This is book number 3 in the Vineart War (Paperback) series.

In a world where magic is derived from the art of wine-making…a Vineart comes into the fullness of his power as evil forces threaten to destroy everything he holds dear.

T wo thousand years ago, a demigod split the world between Vinearts and men of power, setting his heirs, the Washers, to guard the balance. But even gods fail, and now the Lands Vin are wracked by rumor, revolt, and inexplicable violence. Vineart Jerzy must track the source, accompanied by the only three people he trusts: a trader crippled by a sea monster, a young woman without a place, and a prince who abandoned his people. They have their enemy’s name, and they know his plan. What they don’t know is how to stop him. And with unrest increasing daily, Jerzy must delve deeper into forbidden magic, luring his unknown enemy into the open. Because in a world where everyone knows their place, only a former slave is free to act. . . .