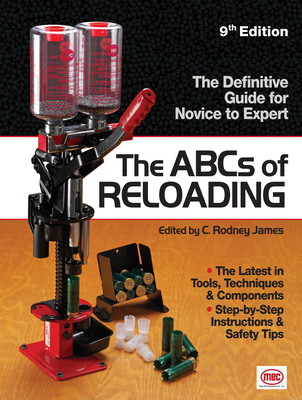 Bonus: The best reloading articles from the Gun Digest archives and more

Don't let the next ammunition shortage catch you unprepared. Arm yourself with money-saving knowledge - with The ABCs of Reloading

As a shooter, a competitor and a collector, Dr. C. Rodney James has more than half a century's experience with rimfire rifles. A professional firearms forensic expert, Dr. James is also the editor of ABCs of Reloading and Handloader's Digest, both by Krause Publications/Gun Digest Books, and has authored numerous articles dealing with rimfire rifles and other topics. Dr. James lives on a large farm in central Ohio, where he can often be found testing the latest development in .22 rifles and ammunition.