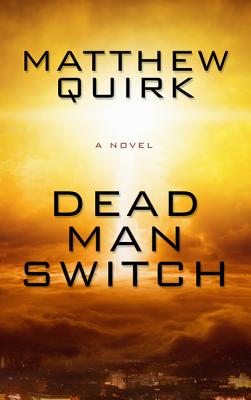 By Matthew Quirk
Email or call for price.
Special Order

"WHEN IT COMES TO QUIRK, I FOLLOW A SIMPLE THREE-STEP PLAN: BUY, CANCEL PLANS, READ." --Gregg Hurwitz, bestselling author of Orphan X and The Nowhere Man
Someone is hunting down America's most elite special ops soldiers--in their homes.
A deadly fall on a rugged stretch of California coast. A burglary gone wrong in Virginia. These incidents seem unrelated, but the victims were living undercover, their true identities closely held secrets. They are members of a classified team, the last line of defense against foreign threats. Now, someone is assassinating them, one by one, taking out family members and innocent bystanders to make the deaths seem like accidents.
Captain John Hayes, a special operations legend, has left the military to settle down with his family. But when he pieces together a pattern behind the murders and discovers that his protegee Claire Rhodes, a brilliant assassin, is the prime suspect, he returns to duty to unmask the attackers.
With every success, the killers grow bolder. Their ultimate goal: Lure Hayes and his remaining fellow soldiers to Manhattan, to eliminate them all in a single devastating strike. To save his teammates and thousands of innocent lives, Hayes must find a way to stop a seemingly unstoppable weapon.
Dead Man Switch delivers nonstop twists, turns, and action in a high-stakes thriller about what happens when the fight abroad follows our covert operators home-and their painstakingly constructed double lives are shattered.

Matthew Quirk studied history and literature at Harvard College. After graduation, he joined The Atlantic and spent five years at the magazine, reporting on a variety of subjects, including crime, private military contractors, the opium trade, terrorism prosecutions, and international gangs. Quirk's bestselling first novel, The 500, is currently in development as a major motion picture. He lives in San Diego.