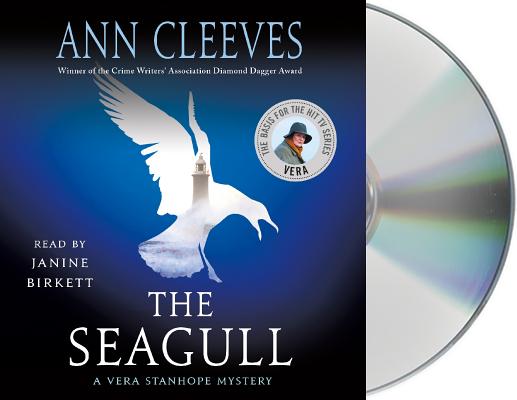 This is book number 8 in the Vera Stanhope series.

From Ann Cleeves—New York Times bestselling and award-winning author of the Vera and Shetland series, both of which are hit TV shows—comes The Seagull.

A visit to her local prison brings DI Vera Stanhope face to face with an old enemy: former detective superintendent, and now inmate, John Brace. Brace was convicted of corruption and involvement in the death of a gamekeeper – and Vera played a key part in his downfall.

Now, Brace promises Vera information about the disappearance of Robbie Marshall, a notorious wheeler-dealer who disappeared in the mid-nineties, if she will look out for his daughter and grandchildren. He tells her that Marshall is dead, and that his body is buried close to St Mary’s Island in Whitley Bay. However, when a search team investigates, officers find not one skeleton, but two.

This cold case case takes Vera back in time, and very close to home, as Brace and Marshall, along with a mysterious stranger known only as ‘the Prof’, were close friends of Hector, her father. Together, they were the 'Gang of Four’, regulars at a glamorous nightclub called The Seagull. Hector had been one of the last people to see Marshall alive. As the past begins to collide dangerously with the present, Vera confronts her prejudices and unwanted memories to dig out the truth . . .

The Seagull is a searing novel by Sunday Times bestselling author Ann Cleeves, about corruption deep in the heart of a community, and fragile, and fracturing, family relationships.

"Definitely one of the best crime novels of 2017."—Reviewing the Evidence

ANN CLEEVES is the multi-million copy bestselling author behind three hit television series—Shetland, starring Douglas Henshall, Vera, starring Academy Award Nominee Brenda Blethyn, and The Long Call, starring Ben Aldridge—all of which are watched and loved in the United States. All three are available on BritBox.

The first Shetland novel, Raven Black, won the Crime Writers' Association Gold Dagger for best crime novel, and Ann was awarded the CWA Diamond Dagger in 2017. She was awarded the OBE in 2022 for services to reading and libraries. Ann lives in the United Kingdom.