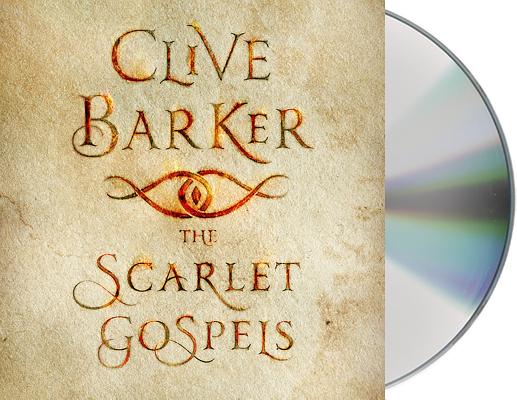 By Clive Barker, John Lee (Read by)
Unavailable to Order
Out of Print

The Scarlet Gospels takes listeners back many years to the early days of two of Barker's most iconic characters in a battle of good and evil as old as time: The long-beleaguered detective Harry D'Amour, investigator of all supernatural, magical, and malevolent crimes faces off against his formidable, and intensely evil rival, Pinhead, the priest of hell. Barker devotees have been waiting for The Scarlet Gospels with bated breath for years, and it's everything they've begged for and more. Bloody, terrifying, and brilliantly complex, fans and newcomers alike will not be disappointed by the epic, visionary tale that is The Scarlet Gospels. Barker's horror will make your worst nightmares seem like bedtime stories. The Gospels are coming. Are you ready?

Clive Barker is the best-selling author of more than twenty novels and collections of short stories that range from horror to fantasy. He has had much success in film, directing Hellraiser and Nightbreed.

John Lee has read more than 100 audiobooks.  His work has garnered multiple Earphones Awards and won AudioFile's Best Voice in Fiction & Classics in both 2008 and 2009.  Lee narrated the audiobook for A Feast for Crows by George R. R. Martin, volume four of A Song of Ice and Fire. He has also read for Jack London, John Banville, Charles Dickens, and Barbara Taylor Bradford.  In addition, Lee narrates video games, does voice-over work, and writes plays.  He is also an accomplished stage actor and has written and co-produced the feature films Breathing Hard and Forfeit.  He played Alydon in the 1963–64 Doctor Who serial The Daleks.