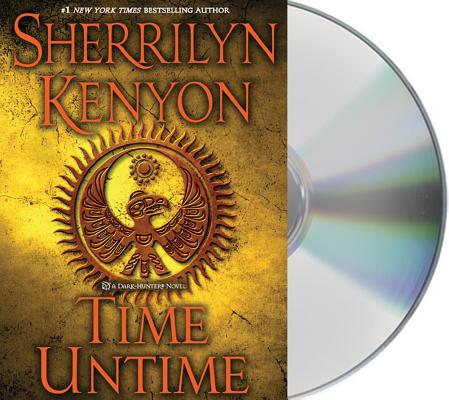 By Sherrilyn Kenyon, Holter Graham (Read by)
Email or call for price.
Hard to Find

The Mayans aren't the only ones with a 2012 prophecy

Long before recorded history, there was a Keetoowah warrior so feared that everyone trembled before his wrath. Only a brutal betrayal by the one closest to him could defeat him. But not even death was the end of a man so strong.

Kateri Avani has been plagued her entire life with dreams she doesn't understand. Images of places she's never been and of a man she's never seen. Her quest for answers has driven her to Las Vegas where she hopes to finally silence the demons in her mind.

What she never anticipates is coming face to face with the warrior who has haunted her her entire life. One who belongs to a world the scientist in her refuses to believe is real.

Ren Waya came back from the dead to keep the prophecy he began from coming true and ending the world. For thousands of years, he has fought the same evil that once possessed him. But now that evil has found the one person he can't fight. The one person who, against his will, holds the most sacred part of him.

But if he doesn't kill Kateri, the deadliest of evils will reemerge and destroy everyone else on the planet. It was a sacrifice he made once.

Will he be able to make it again?

In the past three years, "New York Times" bestselling author SHERRILYN KENYON has claimed the #1 spot sixteen times. This extraordinary bestseller continues to top every genre she writes. With more than 25 million copies of her books in print in over 100 countries, her current series include: The Dark-Hunters, The League, Chronicles of Nick, and Belador. Holter Graham, winner of "AudioFile"'s 2008 Best Voice in Science Fiction & Fantasy for Sherrilyn Kenyon's "Acheron," is a stage, television, and screen actor. He has recorded numerous audiobooks, including much of Sherrilyn Kenyon's bestselling "Dark-Hunter "series. The winner of multiple "AudioFile" Earphones Awards, he has also read works by Scott Turow, Dean Koontz, C. J. Box, and Stephen Frey.

“Award-winning Holter Graham has performed the series for a number of years and is a perfect match for the material, distinctly conveying a wide range of voices.” – Library Journal