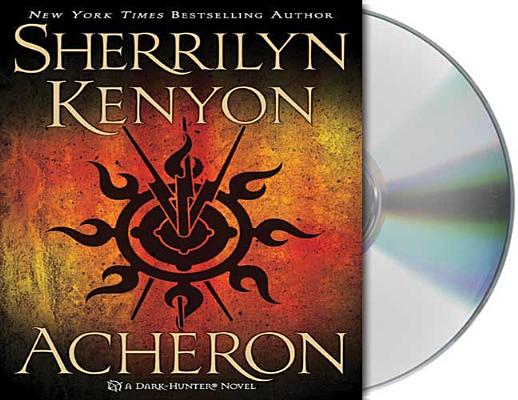 By Sherrilyn Kenyon, Holter Graham (Read by)
Unavailable to Order
Out of Print

This is book number 11 in the Dark-Hunter Novels series.

Eleven thousand years ago a god was born. Cursed into the body of a human, Acheron spent a lifetime of shame. His human death unleashed an unspeakable horror that almost destroyed the earth. Brought back against his will, he became the sole defender of mankind.

Only it was never that simple. For centuries, he has fought for our survival and hidden a past he never wants revealed. Until a lone woman who refuses to be intimidated by him threatens his very existence.

Now his survival, and ours, hinges on hers and old enemies reawaken and unite to kill them both.
War has never been more deadly... or more fun.

“Focusing on the core of each of the main characters, Graham directs the flow of the plot around their raw emotions. He gives the impression of barely being able to hold in their power while also allowing glimpses of their vulnerabilities.” —AudioFile, Winner of an Earphones Award