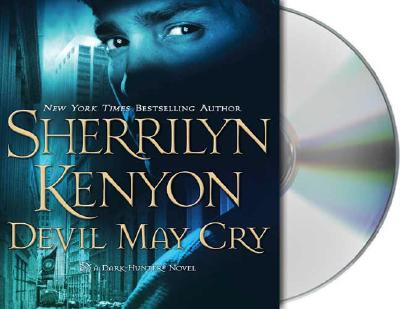 As an ancient Sumerian god, Sin was one of the most powerful among his pantheon.  . . Until the night Artemis brutally stole his godhood and left him for dead. For millennia, this ex-god turned Dark-Hunter has dreamed only of regaining his powers and seeking revenge on Artemis. If only life were that simple.

Unfortunately he has bigger fish--or in Sin’s case--demons, to fry. The lethal gallu that were buried by his pantheon are now stirring and they are hungry for human flesh. Their goal is to destroy mankind and anyone else who gets in their way.  Sin is the only one who can stop them—that is if a certain woman doesn’t kill him first. Unfortunately, Sin discovers that now he must rely on her or witness an annihilation of biblical proportions.  Enemies have always made strange bedfellows, but never more so than when the fate of the world hangs in the balance. Now a man who knows only betrayal must trust the one person most likely to hand him to the demons. Artemis may have stolen his godhood, but this one has stolen his heart. The only question is will she keep it or feed it to the ones who want him dead?

National best-selling author Sherrilyn Kenyon has almost ten million copies of her books in print in twenty-six countries. She lives near Nashville, Tennessee with her husband and three sons. Holter Graham, winner of "AudioFile"'s 2008 Best Voice in Science Fiction & Fantasy for Sherrilyn Kenyon's "Acheron," is a stage, television, and screen actor. A recipient of an "AudioFile" Earphones Award, he has recorded numerous audiobooks, including multiple books from Sherrilyn Kenyon's sensationally bestselling Dark-Hunter series. He has also narrated audiobooks for such authors as Scott Turow, Dean Koontz, John Berendt, and Stephen Frey. His film credits include Fly Away Home, Maximum Overdrive, Hairspray, and The Diversion, a short film which he produced and as well as acted in. On television, he has appeared in Army Wives, Damages, As The World Turns, Rescue Me, Law & Order and New York Undercover. He received a B.A. from Skidmore College and an M.F.A. from Vermont College.

"Kenyon's Dark-Hunter books are changing the face of the vampire novel, making it hip, darker, and all the more appealing."--Publishers Weekly  Praise for Dark Side of the Moon:
"Kenyon's writing is brisk, ironic, sexy, and relentlessly imaginative. These are not your mother's vampire novels."--The Boston Globe

"A delicious balance of suspense and sensuality."--Publishers Weekly

"One of the defining authors of the new wave of paranormal romance."--Booklist

"Kenyon unleashes an abundance of drama and treachery...keeps the Byzantine storyline humming and the romantic tension sizzling."--Romantic Times Book Reviews

Praise for Dance with the Devil:
"Dance With The Devil cinches Sherrilyn Kenyon's place as a master of the genre!"--Julie Kenner, author of Aphrodite's Secret