Behind the Scenes (Paperback) 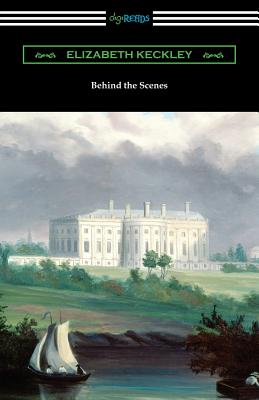 First published in 1868, "Behind the Scenes: or, Thirty Years a Slave, And Four Years in the White House" is the intimate autobiography of Elizabeth Hobbs Keckley, a former slave who became a successful seamstress and eventual close confidante and friend of Mary Todd Lincoln. Keckley was born into slavery in 1818 and suffered great hardship and abuse at the hands of her master and the white citizens of Hillsborough, North Carolina. She earned enough money as a talented dressmaker to buy freedom for herself and her son in 1855 and eventually settled in Washington D. C., where she sewed dresses for the wives of many famous politicians, such as Jefferson Davis's wife, Varina. It was this work that brought her into contact with the newly elected President Abraham Lincoln and his wife Mary. Keckley would go on to develop a close working and personal relationship with Mrs. Lincoln that spanned decades. Controversial after its publication for the deeply personal portrait of the private lives of the Lincolns, "Behind the Scenes" remains a fascinating and historically significant account of slavery, the challenges facing African-American women during the 19th century, and the daily life of one of America's most important presidents and his family. This edition is printed on premium acid-free paper.