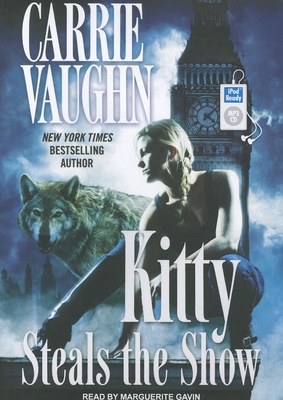 This is book number 10 in the Kitty Norville (Audio) series.

Kitty has been tapped as the keynote speaker for the First International Conference on Paranatural Studies, taking place in London. The conference brings together scientists, activists, protestors, and supernatural beings from all over the world-and Kitty, Ben, and Cormac are right in the middle of it.Master vampires from dozens of cities have also gathered in London for a conference of their own. With the help of the Master of London, Kitty gets more of a glimpse into the Long Game-a power struggle among vampires that has been going on for centuries-than she ever has before. In her search for answers, Kitty has the help of some old allies and meets some new ones, such as Caleb, the alpha werewolf of the British Isles. The conference has also attracted some old enemies, who've set their sights on Kitty and her friends.All the world's a stage, and Kitty's just stepped into the spotlight.