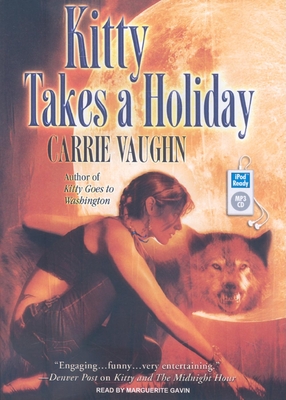 This is book number 3 in the Kitty Norville (Audio) series.

After getting caught turning wolf on national television, Kitty retreats to a mountain cabin to recover and write her memoirs. But this is Kitty, so trouble is never far behind, and instead of Walden Pond, she gets Evil Dead. When werewolf hunter Cormac shows up with an injured Ben O'Farrell, Kitty's lawyer, slung over his shoulder, and a wolf-like creature with glowing red eyes starts sniffing around the cabin, Kitty wonders if any of them will get out of these woods alive.

"Vaughn's universe is convincing and imaginative, providing enough series mythology to satisfy without slowing down the narrative." ---Publishers Weekly