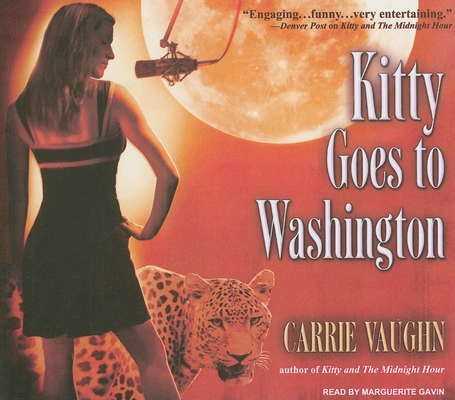 By Carrie Vaughn, Marguerite Gavin (Narrated by)
Unavailable to Order
Out of Print

This is book number 2 in the Kitty Norville (Audio) series.

The country's only celebrity werewolf, late-night radio host Kitty Norville prefers to be heard, not seen. But when she's invited to testify at a Senate hearing on behalf of supernaturals, her face gets plastered on national television. Kitty has been in hot water before, but jumping into the D.C. underworld brings a new set of problems-and a new set of friends and enemies, including the vampire mistress of the city; a super-hot Brazilian were-jaguar; and a paranoid, Bible-thumping senator who wants to expose Kitty as a monster. Kitty quickly learns that in this city of dirty politicians and backstabbing pundits, everyone's itching for a fight.