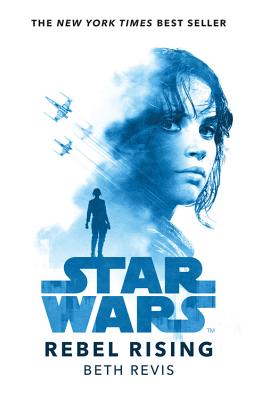 When Jyn Erso was five years old, her mother was murdered and her father taken from her to serve the Empire. But despite the loss of her parents she is not completely alone—Saw Gerrera, a man willing to go to any extremes necessary in order to resist Imperial tyranny, takes her in as his own, and gives her not only a home but all the abilities and resources she needs to becomea rebel herself.

Jyn dedicates herself to the cause—and the man. But fighting alongside Saw and his people brings with it danger and the question of just how far Jyn is willing to go as one of Saw’s soldiers. When she faces an unthinkable betrayal that shatters her world, Jyn will have to pull the pieces of herself back together and figure out what she truly believes in... and who she can really trust.

Beth Revis is the author of the New York Times best selling Across the Universe series; the companion novel, The Body Electric; a twisty contemporary novel, A World Without You; and numerous short stories. A native of North Carolina, Beth is currently working on a new novel for teens. She lives in rural NC with her boys: one husband, one son, and two dogs roughly the size of Ewoks.

The Force is strong with this one. Action-packed, compelling, overflowing with intrigue, and totally immersive.—Amie Kaufman

An emotional and engrossing glimpse into Jyn's past, and an absolute must-read for both longtime and new Star Wars fans alike.—Alexandra Bracken

Beth Revis delivers an emotional powerhouse of a story as uncompromising as Rogue One itself.—Claudia Gray

A sweeping story of courage, resistance, hope, and the will to survive even in the darkest of times. Revis is a master of making hearts race and break.—Marie Lu