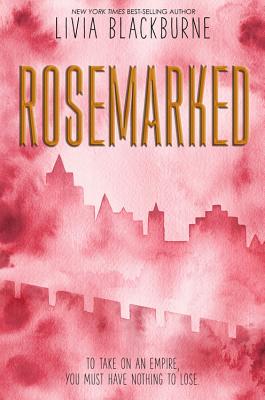 By Livia Blackburne
Unavailable to Order
Out of Print

This smart, sweeping fantasy with a political edge and a slow-burning romance will capture fans of The Lumatere Chronicles and An Ember in the Ashes.

A healer who cannot be healed...

When Zivah falls prey to the deadly rose plague, she knows it's only a matter of time before she fully succumbs. Now she's destined to live her last days in isolation, cut off from her people and unable to practice her art—until a threat to her village creates a need that only she can fill.

A soldier shattered by war...

Broken by torture at the hands of the Amparan Empire, Dineas thirsts for revenge against his captors. Now escaped and reunited with his tribe, he'll do anything to free them from Amparan rule—even if it means undertaking a plan that risks not only his life but his very self.

Thrust together on a high-stakes mission to spy on the capital, the two couldn't be more different: Zivah, deeply committed to her vow of healing, and Dineas, yearning for vengeance. But as they grow closer, they must find common ground to protect those they love. And amidst the constant fear of discovery, the two grapple with a mutual attraction that could break both of their carefully guarded hearts.

New York Times bestselling author Livia Blackburne is a Chinese American author who wrote her first novel while researching the neuroscience of reading at the Massachusetts Institute of Technology.  Since then, she’s switched to full time writing, which also involves getting into people’s heads but without the help of a three tesla MRI scanner. She is the author of The Midnight Thief (an Indies Introduce New Voices selection) and Rosemarked (a YALSA Teens Top Ten nominee), as well as the picture book I Dream of Popo , which received starred reviews from Publishers Weekly and Kirkus.

"This is a fast-paced, well-written, can't-put-down fantasy that will appeal to a wide audience."—SLJ

"Readers will be rewarded with an intricately choreographed conclusion and a high-stakes cliffhanger that sets up a sequel. Arguments against prejudice share the page with questions of faith in the face of tragedy. "—Publishers Weekly

"Readers will find the characters engaging, and they will have a sense of the intriguing tribal histories behind them. A dark tale filled with tension and secrets and lightened by two brave companions."—Kirkus Reviews

"Blackburne’s latest is an engaging, mesmerizing read. With a clever, unique, premise, readers will be drawn into this story from the start."—RT Book Reviews