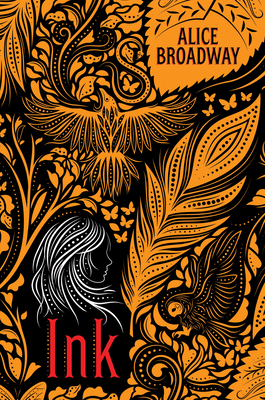 There are no secrets in Saintstone.From the second you're born, every achievement, every failing, every significant moment are all immortalized on your skin. There are honorable marks that let people know you're trustworthy. And shameful tattoos that announce you as a traitor.After her father dies, Leora finds solace in the fact that his skin tells a wonderful story. That is, until she glimpses a mark on the back of his neck . . . the symbol of the worst crime a person can commit in Saintstone. Leora knows it has to be a mistake, but before she can do anything about it, the horrifying secret gets out, jeopardizing her father's legacy . . . and Leora's life.In her startlingly prescient debut, Alice Broadway shines a light on the dangerous lengths we go to make our world feel orderly--even when the truth refuses to stay within the lines. This rich, lyrical fantasy with echoes of Orwell is unlike anything you've ever read, a tale guaranteed to get under your skin . . .

Alice Broadway is a former theology student from England. She wrote Ink as part of NaNoWriMo and now writes full time in Lancashire where she drinks more tea than necessary, cheers on her husband as he wrangles their three children, and enjoys brainstorming new stories in her yellow camper van.

Praise for Ink:
"Broadway drops readers immediately into the drama, politics, and general whirlwind of a new and enticing world." -- BCCB, starred review
"Fantasy, mystery, and a utopian setting blend together to form a storyline that captivates to the end." -- School Library Connection
"An interesting concept combined with action and intrigue will hook teen readers." -- School Library Journal
"With echoes of fairy tales and Greek and Egyptian mythologies, this debut reads like
a natural successor to Lois Lowry’s The Giver (1993)." -- Booklist