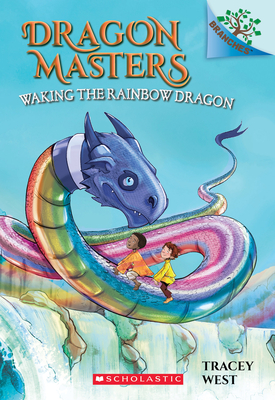 By Tracey West, Damien Jones (Illustrator)
$4.99
On Our Shelves Now

This is book number 10 in the Dragon Masters series.

Dragon Masters Drake and Ana travel to a new land in search of the Rainbow Dragon!
Pick a book. Grow a Reader!

In the tenth book in this series, Drake has a strange dream about a Rainbow Dragon trapped in a cave. He wonders if the dream could be real... Is the dragon trying to send for help? Griffith the wizard uses the magical Dragon Stone to find out more -- and a new Dragon Master is revealed! Drake and Ana must travel far in search of the new master and his dragon. But how will they find the secret cave from Drake's dream? And why is the Rainbow Dragon trapped there? The Dragon Masters have a tough battle ahead of them!