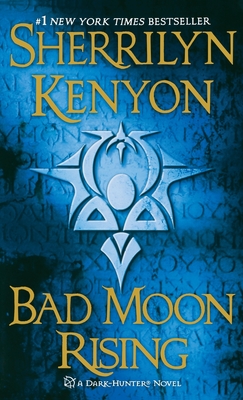 This is book number 13 in the Dark-Hunter Novels series.

A stunning and suspenseful new landscape emerges in the thrilling Dark-Hunter world—a world where nothing will ever be the same again. . .


Fang Kattalakis isn't just a wolf. He is the brother of two of the most powerful members of the Omegrion: the ruling council that enforces the laws of the Were-Hunters. And when war erupts among the lycanthropes, sides must be chosen. Enemies are forced into shaky alliances. And when the woman Fang loves is accused of betraying her people, her only hope is that Fang believes in her. Yet in order to save her, Fang must break the law of his people and the faith of his brothers. That breech could very well spell the end of both their races and change their world forever.

The war is on and time is running out...

“[A] publishing phenomenon…[Sherrilyn Kenyon is] the reigning queen of the wildly successful paranormal scene. . .Just one example of arguably the most in-demand and prolific authors in America these days.” —Publisher's Weekly