We Free the Stars (Sands of Arawiya #2) (CD-Audio) 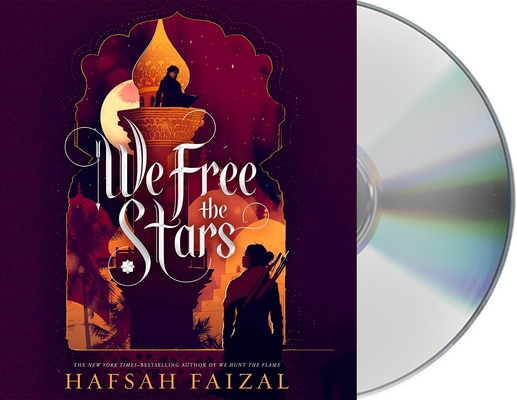 This is book number 2 in the Sands of Arawiya series.

The second audiobook in the Sands of Arawiya duology by the masterful Hafsah Faizal—the follow-up to the smash New York Times bestselling novel We Hunt the Flame.

Darkness surged in his veins. Power bled from her bones.

The battle on Sharr is over. The Arz has fallen. Altair may be captive, but Zafira, Nasir, and Kifah are bound for Sultan’s Keep, determined to finish the plan Altair set in motion: restoring the hearts of the Sisters of Old to the minarets of each caliphate, finally bringing magic to all of Arawiya. But they are low on resources and allies alike, and the kingdom teems with fear of the Lion of the Night’s return.

As the zumra plots to overthrow Arawiya’s darkest threat, Nasir fights to command the magic in his blood. He must learn to hone his power, to wield it against not only the Lion but his father as well, trapped under the Lion’s control. Zafira battles a very different darkness festering in her through her bond with the Jawarat—it hums with voices, pushing her to the brink of sanity and to the edge of a chaos she dares not unleash. In spite of everything, Zafira and Nasir find themselves falling into a love they can’t stand to lose . . . But time is running out, and if order is to be restored, drastic sacrifices will have to be made.

Lush and striking, hopeful and devastating, We Free the Stars is the masterful conclusion to the Sands of Arawiya duology by New York Times–bestselling author Hafsah Faizal.

A Macmillan Audio production from Farrar, Straus and Giroux

Hafsah Faizal is the New York Times bestselling author of We Hunt the Flame, and the founder of IceyDesigns, where she creates websites for authors and beauteous goodies for everyone else. When she’s not writing, she can be found designing, deciding between Assassin’s Creed and Skyrim, or traversing the world. Born in Florida and raised in California, she now resides in Texas with her family and a library of books waiting to be devoured. Visit her on her website!