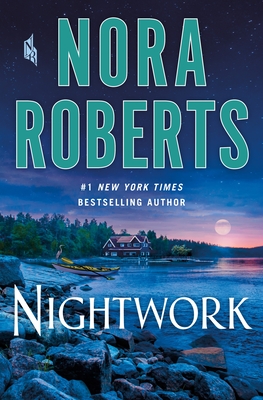 Harry Booth began with a hard knock life. With an ailing mother battling cancer, he began stealing at the age of nine to help pay for bills. After the cancer returned, Harry further learned advanced methods of theft, further helping his family. Sadly, his mother’s battle was lost, and he set out to travel the country, obtain an education, and maintain his “nightwork.” When a world renowned collector wants to collect Harry for his own personal devices, Harry disappears. But Harry’s past catches up to him, and with Nora Roberts precision, the suspense begins and the story changes. Harry captures your heart from the beginning, and you’re enraptured into this well crafted world of Nora Roberts.

Harry Booth started stealing at nine to keep a roof over his ailing mother’s head, slipping into luxurious, empty homes at night to find items he could trade for precious cash. When his mother finally succumbed to cancer, he left Chicago—but kept up his nightwork, developing into a master thief with a code of honor and an expertise in not attracting attention?or getting attached.

Until he meets Miranda Emerson, and the powerful bond between them upends all his rules. But along the way, Booth has made some dangerous associations, including the ruthless Carter LaPorte, who sees Booth as a tool he controls for his own profit. Knowing LaPorte will leverage any personal connection, Booth abandons Miranda for her own safety—cruelly, with no explanation—and disappears.

But the bond between Miranda and Booth is too strong, pulling them inexorably back together. Now Booth must face LaPorte, to truly free himself and Miranda once and for all.

NORA ROBERTS is the #1 New York Times bestselling author of more than 230 novels, including Legacy, The Awakening, Hideaway, Under Currents, The Chronicles of The One trilogy, and many more. She is also the author of the bestselling In Death series written under the pen name J.D. Robb. There are more than 500 million copies of her books in print.

"A master class in the slow burn, blending heartrending emotion and thrills to deeply satisfying effect...This is a treat." - Publishers Weekly

"Nightwork will hold you spell bound from the first to last page. The characters, situations, dreams, and drama will pull you along as you read, wanting more, wanting to find out what happens, but - not wanting it to end! - Fresh Fiction