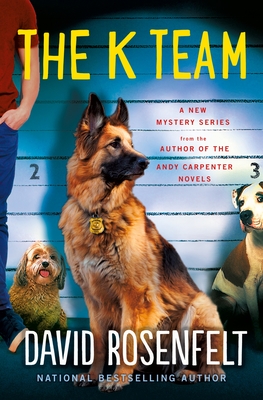 This is book number 1 in the K Team Novels series.

Corey Douglas and his K-9 partner, Simon Garfunkel, have recently retired from the police force. Not ready to give up the life yet, they come up with a proposal for fellow former cop, Laurie Carpenter, and her investigating partner, Marcus. Laurie and Marcus – who help out Laurie’s lawyer husband Andy on cases – have been chafing to jump back into investigating on their own, so they are in.

Praise for David Rosenfelt and The K Team, the first book in the K Team series

“Corey serves as an investigator and narrator every bit as ebullient as Andy and a lot more diligent . . . If you liked Rosenfelt's rollicking previous series, you'll like this one too.” — Kirkus Review

“A promising start to what’s likely to be a long-running series.” —Publishers Weekly