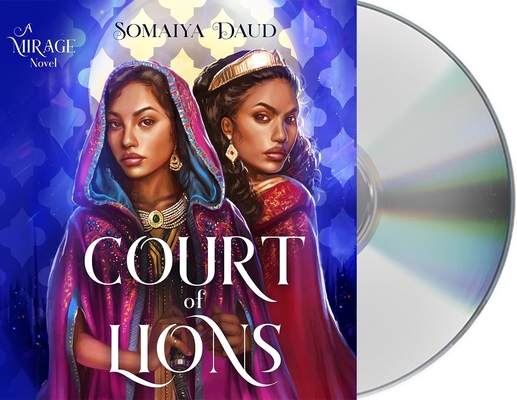 "Narrator Rasha Zamamiri delivers an enchanting conclusion to a fantasy series immersed in Moroccan-inspired traditions that emotionally connect listeners to vivid characters with high stakes...Filled with political intrigue, this audiobook is hard to pause." -- AudioFile Magazine

"In the conclusion to the Mirage duology, identity and self-acceptance are inextricably tied to revolution and the dismantling of colonial oppression and power...A solid conclusion." -- Kirkus

“Readers will appreciate the rich world and prose built by a much-needed diverse voice.” —Kirkus Reviews

“Mirage is smart, sexy, and devilishly clever. Somaiya Daud has penned a tale worthy of all the stars in the sky, and I can't wait to read what she writes next.” —Renée Ahdieh, author of The Wrath and the Dawn

“A rich, dazzling, powerful debut. Somaiya Daud is an author to watch.” —Tahereh Mafi, author of the Shatter Me series, Furthermore, and Whichwood

“Mirage is full of characters who feel like they existed long before the story began, and a rich world that is as beautiful as it is cruel. Somaiya Daud is a rare talent. A smart, romantic, exciting debut.” —Veronica Roth, author of Divergent and Carve the Mark

“Mirage reads as an impossible trick of the light, a feather that carves words into stone, a banquet of longing and loss. Every page comes roaring to life in a way that overwhelms and transforms you. This isn’t a debut novel so much as an heirloom, and the work of a master storyteller.” —Margaret Stohl, author of Black Widow: Forever Red