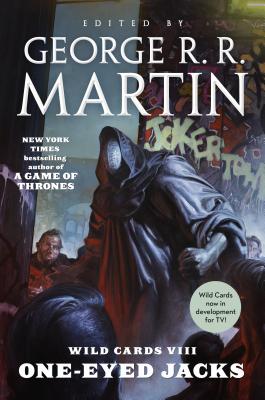 This is book number 8 in the Wild Cards series.

Something is stirring on Ellis Island, something strange and dangerous enough to subdue even the white-hot tensions between Wild Cards and normal humans. They call themselves the Jumpers: a vicious gang with the power to transport their minds into others' bodies, using them to commit acts of terror and violence, before abandoning them and leaving their victims to face the consequences.

The Jumpers cutthroat ambition to control the Wild Card community will pit aces, jokers, and humans at odds like never before.