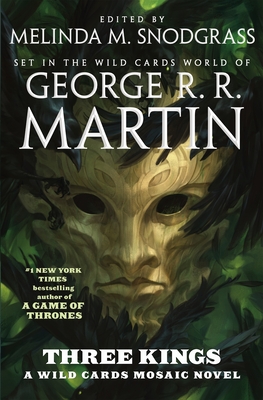 This is book number 28 in the Wild Cards series.

In the aftermath of World War II, the Earth’s population was devastated by an alien virus. Those who survived were changed forever. Some, known as jokers, were cursed with bizarre mental and physical mutations; others, granted superhuman abilities, became the lucky few known as aces.

Queen Margaret, who came to the English throne after the death of her sister Elizabeth, now lies on her death-bed. Summoning the joker ace Alan Turing, she urges him to seek the true heir: Elizabeth's lost son. He was rumored to have died as a baby but, having been born a joker, was sent into hiding. Margaret dies and her elder son Henry becomes king and at once declares he wants to make England an "Anglo-Saxon country" and suggests jokers be sent "to the moon." Dangerous tensions begin to tear the country apart. The Twisted Fists—an organization of jokers led by the Green Man—are becoming more militant. And Babh, goddess of war, sees opportunities to sow strife and reap blood…