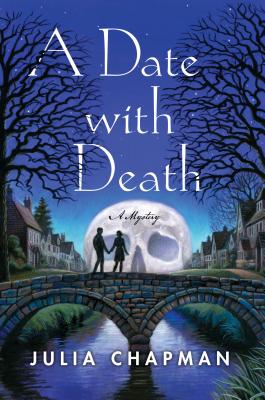 By Julia Chapman
Unavailable to Order
Hard to Find

This is book number 1 in the Samson and Delilah Mysteries series.

Samson O'Brien has been dismissed from the police force—quite unfairly, according to him. Now back in his home town of Bruncliffe in the Yorkshire Dales, Samson sets up the Dales Detective Agency while he fights to clear his name. However, the people of Bruncliffe aren't entirely welcoming to a man they see as trouble.

Delilah Metcalfe, meanwhile, is struggling to keep her business, the Dales Dating Agency, afloat. When Samson gets his first case, investigating the supposed suicide of a local man, things take an unexpected turn, and soon he discovers a trail of deaths that lead back to the door of Delilah's agency.

With suspicion hanging over someone they both care for, Delilah and Samson soon realize that they need to work together to solve the mystery of the dating deaths. But working together is easier said than done, and the couple must find a way to kiss and make up before more villagers wind up dead.

Julia Chapman's Date with Death is the newest installation in the delightful Samson and Delilah Mystery series.

JULIA CHAPMAN is the pseudonym of Julia Stagg. Julia currently lives in the beautiful Yorkshire Dales in the north of England. When not writing, she spends her time out in the hills, running on the fells that provide the beautiful setting for the Dales Detective novels, or riding her bike through the small hamlets and villages that are a vital part of her books.

"[Chapman] delivers an engaging twist on the lonely­hearts killer motif. [Samson and Delilah's] developing friendship and suggestions of coming scandals in Bruncliffe should leave readers eager for the sequel."--Publishers Weekly

"An engaging cast of characters and a cleverly clued puzzle move Chapman's debut to the top of the English village murder list."--Kirkus Reviews

"An atmospheric traditional mystery with a vivid sense of place and spirited characters who drive the engaging plot."--Library Journal

"A classic whodunit set in the spectacular landscape of the Yorkshire Dales, written with affection for the area and its people. A satisfying read riddled with dry Yorkshire humour (and dry stone walls)."--Cath Staincliffe, author of The Silence Between Breaths