Above the Paw: A Paw Enforcement Novel (Mass Market) 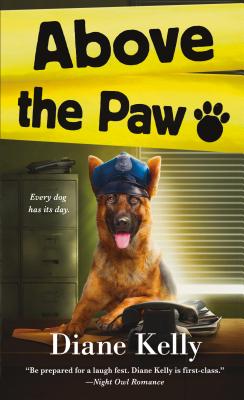 By Diane Kelly
Email or call for price.
Special Order

This is book number 5 in the A Paw Enforcement Novel series.

The crime-fighting duo of Megan Luz and her K-9 is back—and on the prowl. . .

WILL THEY DIG UP THE TRUTH?
When a rash of college students falls seriously ill after ingesting Molly, a “club drug” also known as ecstasy, Officer Megan Luz and her K-9 partner Brigit are tasked with tracking down the dealers. Going undercover at the university leads Megan closer and closer to infiltrating the drug trafficking ring. But when the investigation implicates her former partner and workplace nemesis, Officer Derek Mackey, Megan’s powers of discernment are put to the test.

OR ARE THEY BARKING UP THE WRONG TREE?
Thwarted when the Feds seize control of the investigation and frustrated by the lack of attention the DEA is putting into the case, Megan continues her own unofficial investigation with Brigit’s help. But when the trail leads them in an unexpected and dangerous direction, Megan and Brigit find their own lives at risk. Can the K-9 team take down those in power? Or are some criminals simply above the law—and paw?

Above the Paw is the fifth book in Diane Kelly's series featuring Police officer Megan Luz and her K-9 dog partner Brigit.