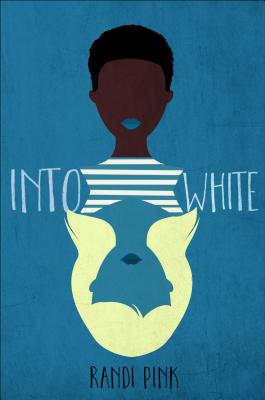 By Randi Pink
Unavailable to Order
Hard to Find

LaToya Williams lives in Montgomery, Alabama, and attends a mostly white high school. It seems as if her only friend is her older brother, Alex. Toya doesn’t know where she fits in, but after a run-in with another student, she wonders if life would be different if she were . . . different. And then a higher power answers her prayer: to be “anything but black.”

Toya is suddenly white, blond, and popular. Now what?

Randi Pink’s audacious fiction debut dares to explore a subject that will spark conversations about race, class, and gender.

Randi Pink grew up in the South and attended a mostly white high school. She lives with her husband and their two rescue dogs in Birmingham, Alabama, where she works for a branch of National Public Radio. Into White is her fiction debut.

"Pink is careful to never allow the story itself to fall into agenda-pushing. Instead, she allows Toya to explore the gray areas teens negotiate as their identities shift and as their belief systems are challenged. This debut ought to inspire readers to have conversations among themselves about family, empathy, community, and respect for others."--Booklist, starred review

"Stuck in a mostly white high school in Montgomery, Ala., bullied by black students who should be her allies, Toya Williams prays to Jesus one night to be white. Lo and behold, she wakes up “white as a Bing Crosby Christmas,” though the change is invisible to her family. Blond, blue-eyed Toya (posing as an exchange student) is befriended by the white alpha girls and lusted after by the quarterback. It’s great until she realizes that being white means starving herself (size six is fat in her new world), hearing casual racial slurs, being expected to be available to popular guys, and betraying her beloved older brother.... Pink isn’t afraid of being provocative (Jesus makes regular appearances), and the book dives into thorny issues of identity, self-image, and the internal effects of racism in a strikingly frank way." --Publishers Weekly