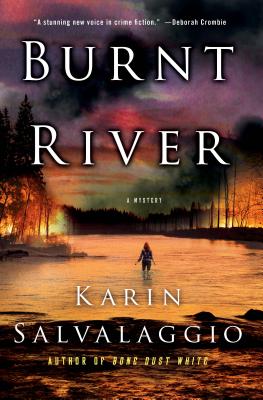 This is book number 2 in the Macy Greeley Mysteries series.

When Detective Macy Greeley is called to Wilmington Creek, a sleepy ranching community in northern Montana, she expects an open-and-shut, if high-profile, murder case. What greets her is anything but. John Dalton, a soldier returned home from serving in Afghanistan, has been shot dead in an alleyway outside a local bar. Macy can't see any obvious motive for the attack, but John's closest friends and his twin sister, Jessie, have been keeping secrets.

With a series of wildfires pushing the area's resources to the limit and Darby Lake's water level dropping to a record low, Jessie is becoming increasingly anxious about what may be uncovered if the rains don't return to the valley soon. Haunted by what's hidden beneath the still waters, she doesn't know whether to help or hinder Macy's investigation. And Macy herself is increasingly uneasy about what she discovers as she navigates the politics of a small town and the Dalton family clan, as well as her own complicated relationship with the father of her young son.