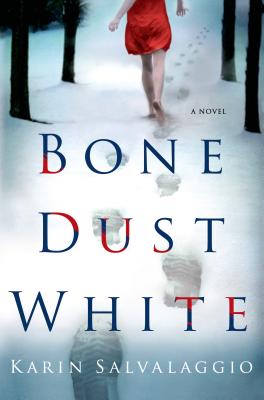 This is book number 1 in the Macy Greeley Mysteries series.

Someone is knocking at the door to Grace Adams's house and won't stop. Grace thinks she knows who it is, but when she looks out her bedroom window, she sees a woman she doesn't recognize walking on the trails behind her home. The woman isn't alone for long before a man emerges from the dark of the surrounding woods and stabs her, then retreats into the shadows, leaving her to die in the snow. Frantic, Grace calls the police but knows they'll never arrive in time, so she herself goes to the woman and is shocked to find she's not a stranger—and that only raises more questions.

Badly shocked, Grace is taken to the hospital, and Detective Macy Greeley is called back to the small town of Collier, Montana, where she worked a case once before. She needs to track down the killer and find out what the murder has to do with Grace, a troubled young woman whose harrowing past may have finally come in from the cold. But the town of Collier is just as hard-bitten now as it was years ago, and Macy will have to reopen old wounds as she investigates a murder that looks like it took eleven years to come to pass.

“Salvalaggio is a stunning new voice in crime fiction, and her heroine Detective Macy Greeley is the kind of tough and complex character that I can't wait to see more of.” —Deborah Crombie, New York Times bestselling author of The Sound of Broken Glass

“As jarring as a headfirst plunge in an icy river, Bone Dust White is a stark and unforgettable reading experience; its ambience, like the bruised people whose twisted lives it traces, is chilly–and irresistible.” —Julia Keller, Pulitzer Prize-winning author of A Killing in the Hills

“This is a gripping tale from start to finish, and a first-rate debut that augurs well for Salvalaggio's soon-to-be-huge fan base.” —BookPage