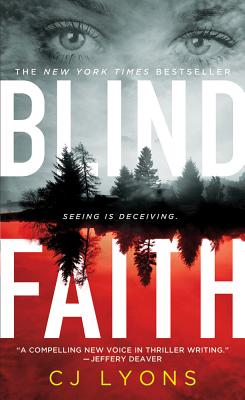 By C. J. Lyons
Unavailable to Order
Out of Print

This is book number 1 in the Special Agent Caitlyn Tierney series.

Sarah Durandt knows the killer is dead. She watched him die from a lethal injection in the execution chamber. But Sarah finds little comfort in knowing that the deranged psychopath who murdered her husband and son will never kill again. Since he never revealed the location of their bodies, she never found a sense of closure. So now, Sarah has decided to return to her home in the Adirondacks, to search for whatever remains of her loved ones. An unmarked grave. An article of clothing. Anything to make this terrible dream seem real. But what Sarah uncovers is far more unnerving—and much too horrifying—to even consider…

Maybe they executed the wrong man. Maybe the killer is still out there.

Maybe, for Sarah, the nightmare is just beginning.

As a pediatric ER doctor, CJ LYONS has lived the life she writes about. In addition to being an award-winning medical suspense author, CJ is a nationally known presenter and keynote speaker. Her first novel, Lifelines (Berkley Books, March 2008), received praise as a “breathtakingly fast-paced medical thriller” from Publishers Weekly, was reviewed favorably by the Baltimore Sun and Newsday, named a Top Pick by RT Book Review, and became a national bestseller. Her second novel, Warning Signs, was released January 2009, and the third, Urgent Care, followed in October 2009.

“This story is so fast paced with so many mesmerizing characters, "fantastic" is not high enough praise. Lyons proves once again that she is a master of suspense.” —RT Book Reviews