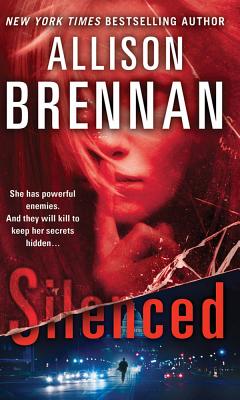 By Allison Brennan
Unavailable to Order
Hard to Find

This is book number 4 in the Lucy Kincaid Novels series.

It has been seven years since Lucy was attacked—and almost killed—by an online predator. Today, she is well on her way toward a new life.

While waiting to begin her training at the FBI Academy, Lucy's is tireless in her fight against cyber sex crime. Her current mission: to find out who killed a high-priced call girl linked to a powerful Congressman.

A number of known prostitutes—with scores of high profile clients—are turning up dead all over D.C. Is this the work of a depraved killer? Or the result of an inside job? Lucy's investigation will take her into an underground network of prostitutes, the chambers of the country's most powerful players, and her own dark past to confront an unknown enemy who's always one step ahead of her. With the help of her P.I. boyfriend Sean Rogan, Lucy must find and protect the only witness who can identify the killer and end the conspiracy, but can the witness be trusted? Lucy will risk everything to expose the truth and ensure justice is served, even if that means putting herself in the line of fire…

Allison Brennan is the New York Times and USA Today bestselling author of over thirty novels, including the Max Revere Novels (Abandoned, Shattered) and the Lucy Kincaid Novels (Cut and Run, Nothing to Hide). She was nominated for Best Paperback Original Thriller by the International Thriller Writers and is a two-time winner of the Daphne du Maurier Award by Kiss of Death.

Married for more than a quarter of a century, Allison and her husband Dan raised five children. They recently relocated from California to Arizona with their two youngest where they are looking forward to baseball's Spring Training and exploring the Grand Canyon.

“Brennan throws a lot of story lines into the air and juggles them like a master. The mystery proves to be both compelling and complex. . .[A] chilling and twisty romantic suspense gem.” —Associated Press