Sphere of Power: Chronicles of the Chosen, Book 1 (Paperback) 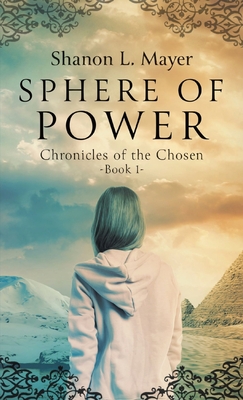 Morgan Lafayette thinks that being the new kid in Denver Heights is tough - until she learns that the fate of a world she never knew existed lies in her hands. Morgan is one of the Chosen, an intermediary between the world of humans and the world of the magical fey and someone is targeting the fey for destruction. As one of the few who can travel between the two worlds, it's up to Morgan to find out who's behind the attacks and thwart their evil scheme.

Morgan is assisted in her quest by the fey creatures Tilson and Askel who guide her search for the culprit as they travel from a volcanic dragon's lair to the bone-chilling arctic and a partially excavated ancient Egyptian pyramid. They face baffling puzzles, danger at every turn, and menacing guardians at every step as they come closer to the truth, a truth that's more shocking than Morgan could ever imagine.