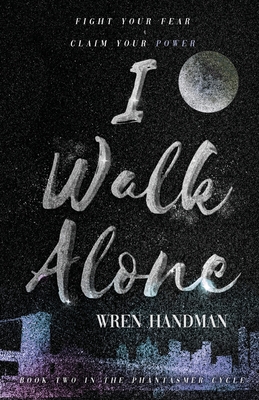 As the Phantasmer, Sylvia brought order to the Fairy courts. Now, if only she could reign over the chaos in her own life...

It's been three months since Sylvia used her powers to rewrite the ruling structure of Fairy, dismantling the Seelie and Unseelie courts. Recovered from her injuries, she's back at school and struggling to balance her "real" life against the much more immediate (and exciting) world that magic has to offer. Not to mention the distraction of her utterly hot and completely fish-out-of-water boyfriend.

But in Fairy, there are rumblings that an ancient prophecy is on the cusp of fruition.

"Beware the coming of the one who should not have been, for he shall bring with him the end of days. Take back the mantle, or all will be lost."

Will Sylvia be able to uncover the truth behind the prophecy, learn how to use her ever-growing powers without risking her relationship, and convince her best friend Fiona that it's not weird that her boyfriend is a thousand years old?

It won't be easy.

Start The Phantasmer Cycle with Book One:

"Fans of Fairy, the Unseelie and Seelie Courts, and those who love a bit of unsure romance will enjoy this one." - Tonja Drecker, Vine Voice