The Killing Queens: Book I (Paperback) 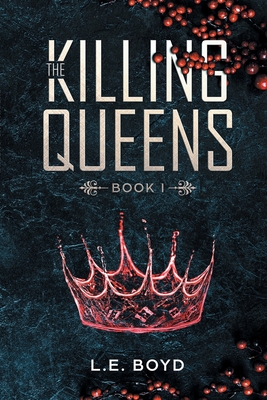 Welcome to a New United States.In the year 2053, the nation has undergone great social, political, and economic changes.Under the leadership of President, Catherine Kearny the nation has undergone great changes politically, economically, and socially. Women have risen to the top of society while men have been forced to the bottom. Wealth and success fill the lives of most American who are living out their dreams. But things become challenging when men are reintroduced into society. No longer are they left to their own devices. They are now C.H.I.P men. Scientifically enhanced and created to be obedient to their mistresses, the re-introduction of men in society is one of peace and submission the world has never seen. As great of a vision that President Kearny has of a united nation, all in her cabinet do not see her vision as she does. Within her Cabinet of Queens is a traitor, but who? Vice President Priscilla Rolb? Press Secretary Martha Humphry? General Beatrix Lane? Secretary of State Regina Dillon?Secretary of Security Autumn Wright? Surgeon General Dr. Grace Armani?And what is coming from the West that they can't stop from the past? What did the men do fall so far from grace? And who are THE KILLING QUEENS?