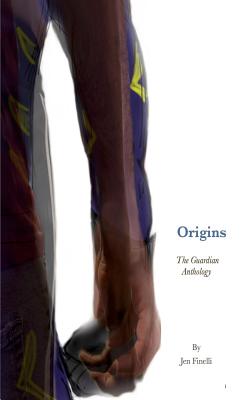 A Puerto Rican engineering student battles Multiple Sclerosis--and experiments with dangerous body modifications. A girl in a red hijab leaps into the flames of a rotting convenience store--to save someone who hates her. An Asian-American 9th-grader catches a doctor poisoning his city's water supply to "cure" cancer. An Irish-American kid scarred by his alcoholic father turns his own broken, twisted psychology into a super-weapon. A restless Black girl from the South uncovers a human trafficking ring, and as she navigates the complexities of police-victim relationships, she roots out a conspiracy that could change her planet forever.

This neurodiverse, ethnically open anthology uncovers the origins of the Guardian superhero team from the highly-anticipated Becoming Hero comic-within-a-novel. Based on real teen struggles, these stories follow the team's creation as new heroes are born, built, broken, and forged.