The Land of Blue (Paperback) 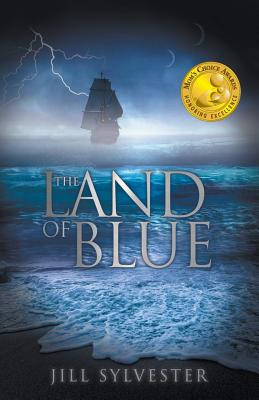 Twelve-year-old Cassie Connor's father has mysteriously disappeared and her mother and grandparents won't tell her where he went, or why.

Then one hot August afternoon an endearing old lady named Agatha arrives on the dilapidated porch and tells Cassie that her father has gone to the Land of Blue and Cassie is the only one who can save him. It turns out that Agatha is the physical manifestation of the voice in Cassie's head, the authoritative voice that instructs her to bite her nails and skip the odd-numbered stairs.

Under Agatha's tutelage, Cassie--accompanied by her best friend Mariana who she brings along for support--Zippers between life at her Irish-Catholic, alcoholic grandparents' house in Boston, to the foggy, carnival style Land of Blue. Once they arrive, they meet TJ, a boy in search of his missing brother. The three become fast friends, in this place of seemingly never-ending fun, sharing in a similar mission. Yet, Cassie's plans to find her father and bring him home are consistently and suspiciously thwarted. That is until Cassie falls through the Ripple and discovers an alternate land that illuminates that things are not always what they seem and her father may stay trapped in the Land of Blue forever.

Will Cassie find her father and bring him home or will she, like so many others she meets along the way, remain in the alluring Land of Blue?

Written by a licensed mental health counselor, The Land of Blue is a coming-of-age fantasy novel that takes readers young and old on a fascinating journey of the power of friendship, the love of family and ultimately, the choice to overcome darkness.