Girl on the Run (Paperback) 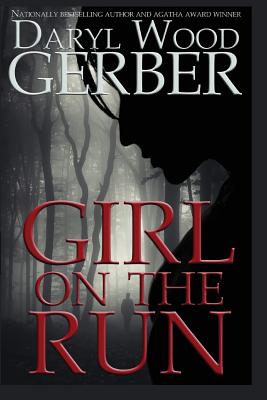 "Readers will be shocked by this exciting, fast-paced thriller's twists and turns." Kirkus Reviews

When a fairytale fantasy night becomes a nightmare, Chessa Paxton must run for her life...but will the truth set her free?

Chessa Paxton, an event planner in Lake Tahoe, celebrates a successful night at the Happily Ever After Ball, but her dream quickly becomes a nightmare when she wakes up beside the body of her dead husband. Nauseous and confused, feeling as if she's been drugged, she can't explain to the sheriff why her princess costume is bloodied. With her father already a convicted murderer, she feels invisible shackles ratcheting onto her wrists and ankles. She runs But she can't escape vivid flashes of memory: a massacre in a meadow; men and women in fairy tale costumes; Snow White's dead body shielding her from bullets.

Though Chessa is a former costumer and a master of disguise, she quickly learns that hiding while trying to prove herself innocent is the most difficult task imaginable. Especially when the sheriff wants to throw her in jail and the real killer wants to silence her forever.