Master of the Five Magics: 2nd edition (Magic by the Numbers #1) (Paperback) 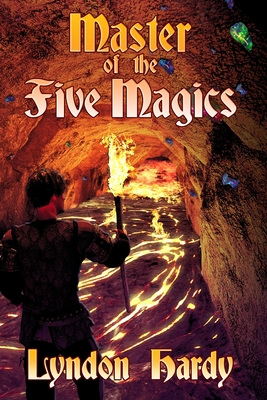 Alodar was a mere journeyman thaumaturge learning the least of the five arts of magic. As such, he had no right to aspire to the hand of the fair lady, Queen Vendora, but aspire he did.
Alodar's quest is not only a stirring tale of adventure, but also one of the most logical detailings of the laws of magic ever to appear in fantasy.

Out of print for over three decades, and now returning to availability.

This edition includes new chapters, a glossary and an author's afterward

Lyndon Hardy (1941- ) Author, prankster, grandfather He became interested in fantasy while wandering through the fringes of fandom when he was at Caltech. In addition to reading and writing, he has sporadic bursts of enthusiasm for collecting stamps and playing cards. As of yet, he has not figured out a plot line for a stamp collector who saves the world. While at Caltech, in 1960 he organized and led what has been called the best college prank ever pulled –The Rose Bowl Card Stunt Caper In 2016, he retired from business endeavors and began a new full time career of writing. Time will tell if he still has any gas left in the tank. He lives with his wife, Joan, in Torrance, California. Together they have two daughters and four living grandchildren.